At Catalina Structured Funding, we know that structured settlement are generally a safe, prudent way to resolve a lawsuit. That said, nothing is 100% secure and even a structured settlement designed with the best intentions can prove inconsistent with your current demands. CSF can be counted on to get you a free quote in a hassle free environment. Whether you are looking to sell an Executive Life Insurance Company of New York annuity or get cash for annuity/structured settlement now being paid by the Guaranty Association Benefits Company. 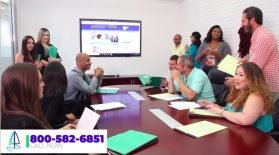 Our team has the experience and knowledge to give you the best experience when getting a lump sum! Call us today and get a free quote!